Create an Account - Increase your productivity, customize your experience, and engage in information you care about.

The K9 Unit and Its Goals

The Glendale Police Department K9 Unit was created to help the department with its primary function, the preservation of life and property. The K9 Unit assists in achieving this goal by promoting an atmosphere of service and safety in the community, utilizing canines in general and specialized patrol to enhance crime prevention, crime suppression, criminal investigations and Police Officer/Citizen protection.

The K9 Unit became a reality in April 1999 after several years of effort and planning by Police Department Officers and Staff. The initial start-up of the K9 Unit was funded in total by donations from the private sector. Credit is to be given to local businesses and individual citizens who provided the donations to make this program a reality. 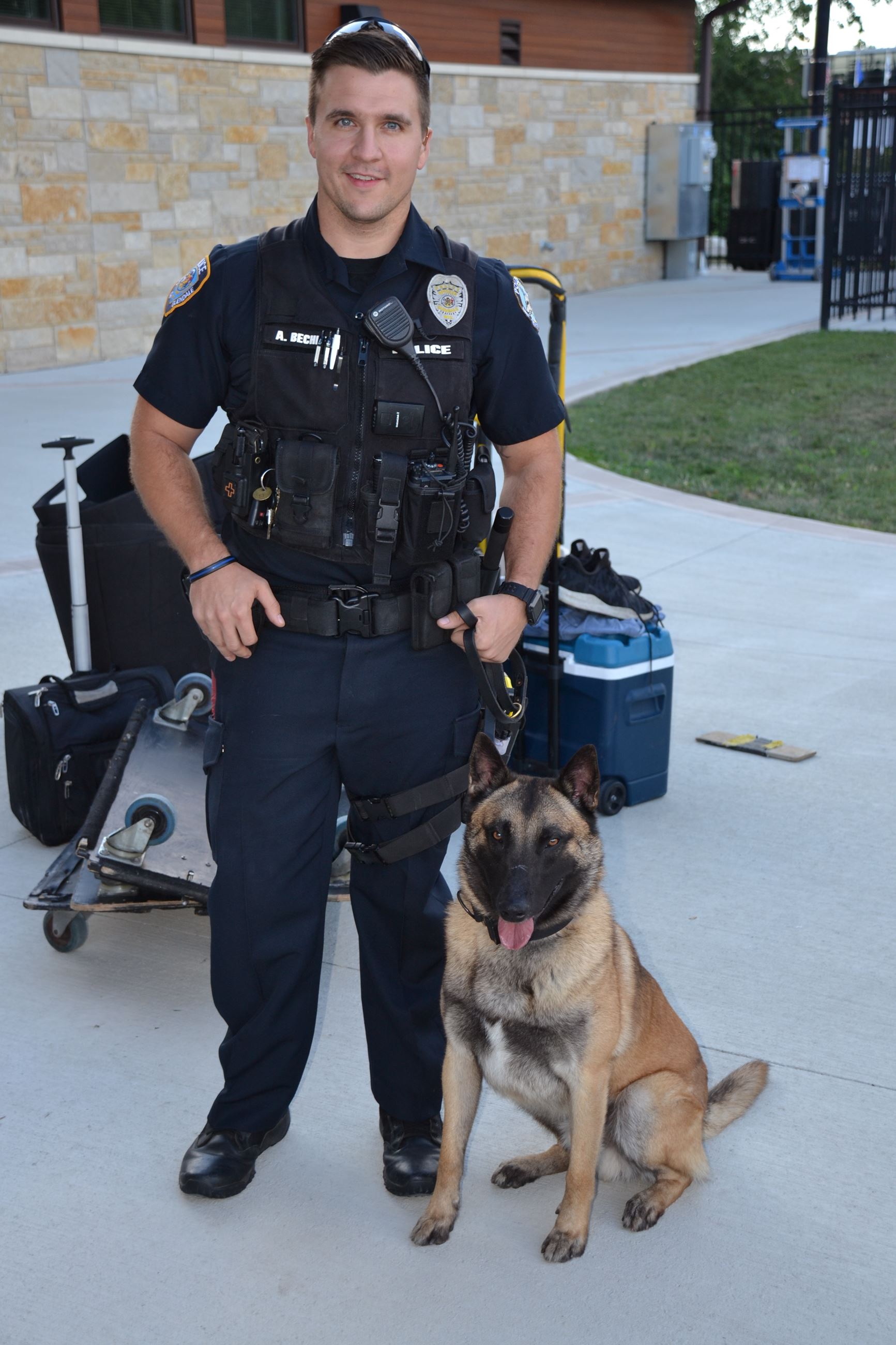 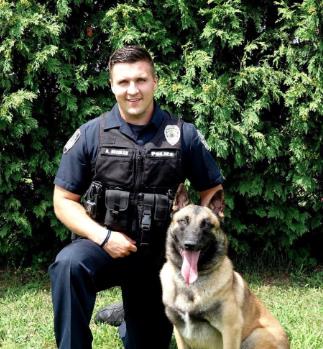 K9 Brix was sworn in on August 6, 2019, and works with his handler, Officer Aron Bechler. K9 Brix and Officer Bechler are currently assigned to late shift. The team trains on a daily basis to make sure they remain proficient in their skills. When he is not at work, K9 Brix lives with Officer Bechler at his residence.

Possibly the greatest value of a K9 Unit lies in its mere presence on the street. The psychological effect of a Police K9 is tremendous, and their deterrent effect on crime cannot be measured. The K9 is not to replace Police Officers, but to work as a member of a canine/handler team. The K9’s remarkable olfactory and hearing senses are the main reason we utilize K9s. These senses allow the K9s to perform functions that the human Police Officer just cannot do. K9/Handler teams can be used in the following situations utilizing these incredible skills.

• TRACKING - Providing that conditions for tracking are suitable, the K9 can track human beings through a combination of human scent and ground disturbance. Tracking is used mostly in locating and following a suspects trail from the scene of various crimes, such as burglary, robbery, prowling, etc.

• BUILDING SEARCHES - The use of K9’s to search buildings and homes is perhaps the most utilized of all the abilities they possess. A large warehouse, office building, house or school which has been burglarized, or in which the alarm has been activated, are places where the canine is most functional.

• CRIME SCENE/EVIDENCE SEARCHES - The K9 can point out objects within a specific area that are foreign to the ground. K9’s can be very useful in recovery of physical evidence in brush and tall grass.

• OPEN AREA SEARCHES - Glendale has many densely vegetated areas which can provide suspects with hiding places. Often these suspects are armed and pose a danger to the officers who are required to arrest them. A properly trained K9 can be used in these situations to locate the suspect while minimizing the danger to Police Officers. The K9, with his superior olfactory and hearing senses, is capable of conducting a more thorough search in less time than even a large number of officers.

• APPREHENSION OF FLEEING SUSPECTS - Occasionally the K9 may be called upon to apprehend and contain a fleeing suspect. This can prevent the use of greater force to subdue a fleeing or combative suspect. At any point before the apprehension, if the suspect gives up, the K9 can be recalled without apprehension.

• NARCOTIC SEARCHES - The use of K9’s to locate narcotics is another valuable ability. K9’s can locate hidden narcotics using their superior olfactory skills. These narcotics can be hidden in false vehicle compartments, behind false walls or any other area in which small or large quantities can be concealed. K9 Brix is presently trained to locate the odor of methamphetamine, cocaine, cocaine base, and heroin.


The K9 Unit trains on a consistent basis to keep the K9/handler team sharp and proficient at their skills. The K9/handler team train virtually on a daily basis and once a month they train with a group of other K9 handler's in the area. The K9 Unit Supervisor is Lt. William Schieffer who oversees the K9 training.


The K9 Unit often performs presentations/demonstrations for local civic groups and organizations. These presentations focus on the job or a working Police K9 and its handler as a way of creating a better understanding of K9 Unit with the community. To inquire about scheduling a presentation/demonstration by the K9 Unit, or if you have any other questions, please contact the Glendale Police Department at (414) 228-1753. 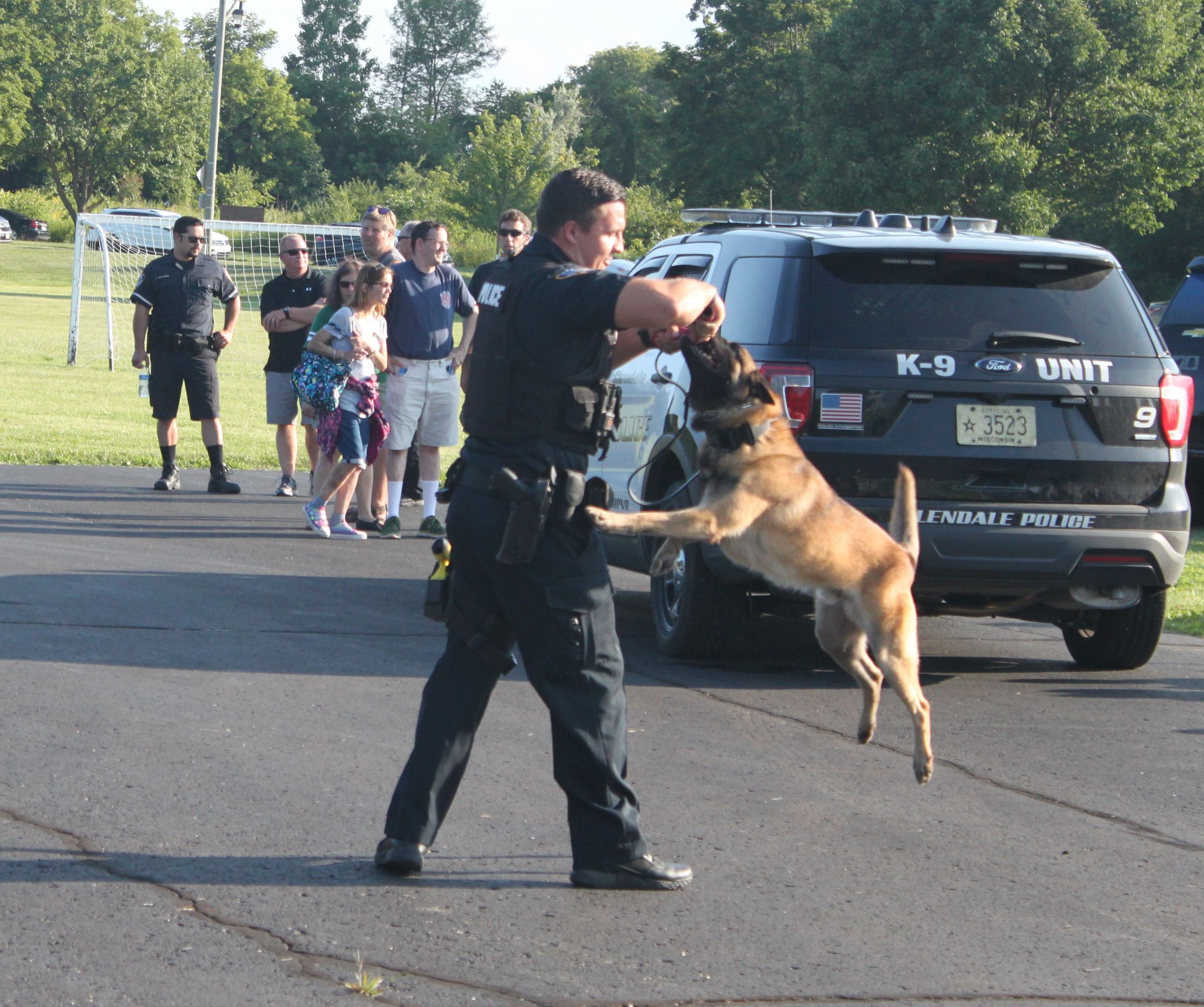